Mr. Rodman has been rated a Super Lawyer®, a distinction awarded to 5% of attorneys based on peer recognition and professional achievement by SuperLawyers.com for every year since 2014.  Prior to that, Mr. Rodman was a “Rising Star” from 2007-2013, a recognition given to 2.5% of attorneys who are under the age of 40 or who have been practicing law for less than 10 years.  Mr. Rodman also has a “Superb” 10.0 rating, with 5-star client reviews, on Avvo.com.

Mr. Rodman is the Editor of the Minnesota Divorce Practice Deskbook with eFormbook, 1st Edition, a 23-chapter comprehensive guide to the practice of family law in Minnesota, first published by Minnesota CLE in 2015 and then fully updated in 2017.  This Deskbook provides a nuts and bolts reference manual to the practice of divorce and family law, providing in-depth chapters governing every procedural aspect of family law to guide a lawyer from start to finish, as well as chapters devoted to the substantive areas of family law, including the cases, statutes, laws and rules impacting any family law case.  The Deskbook also provides 65 essential forms and templates developed by a panel of experienced family law attorneys for use in the practice of family law.  Mr. Rodman also authored the introductory chapter and the chapter on Antenuptial and Postnuptial Agreements in the Deskbook.

Mr. Rodman is a frequent lecturer and presenter on a wide variety of family law topics in Continuing Legal Education (CLE) seminars for other attorneys and for various legal organizations, presenting both locally and nationally.  Mr. Rodman served on the Planning Committee for Minnesota CLE’s Family Law Institute, an annual 2-day family law convention, from 2014-2018.  Mr. Rodman has also co-authored an article on “Interstate and International Civil and Criminal Remedies to Parents of Children Who Have Been Kidnapped” for the Minnesota State Bar Association that was published in Volume 17 of Family Law Forum.

Mr. Rodman is also an experienced mediator who has helped resolve many cases through alternative dispute resolution methods.  Mr. Rodman is a Rule 114 Qualified Neutral for Facilitative Mediation by the Minnesota Supreme Court. In addition, he has received extensive training in both Financial Early Neutral Evaluation (FENE) and Social Early Neutral Evaluation (SENE). Mr. Rodman also received training in International Custody and Parental Child Abduction by the American Bar Association in Washington, D.C.

Mr. Rodman was appointed by Ramsey County judicial officers to serve as one of three attorneys on the Ramsey County Early Case Management/Early Neutral Evaluation Steering Committee, a role in which he has served since 2009.  Mr. Rodman has also been appointed by Judges as a Special Master to adjudicate certain financial issues in high conflict divorce cases, and as a Guardian ad Litem to represent the interests of incompetent adults involved in family law matters.

Admitted to practice law in both New York and Minnesota, he is a member of the Minnesota State Bar Association, the Association of Family and Conciliation Courts (AFCC), the Warren E. Burger Inn of Court, and, 2005, he co-founded an organization to promote positive collegiality and cooperation among family law attorneys in the Twin Cities known as the Family Law League.

Mr. Rodman volunteers with the Safety Project at Tubman, a program devoted to providing pro bono representation for women and children who are victims of domestic abuse.  Previously known as Chrysalis, Tubman is a local organization that helps women, men, youth and families who have experienced relationship violence, elder abuse, addiction, sexual exploitation or other forms of trauma.  Mr. Rodman received a Certificate of Recognition for 10 Years of Service to Tubman in 2015, the same year Arnold, Rodman & O’Keefe, PA was named the Tubman Law Firm of the Year for its volunteer and pro bono work assisting Tubman in its mission. Mr. Rodman also volunteers his time to the Tubman Law Clinic and the Hennepin County Limited Scope Project, which provides short-term free representation to qualified litigants for mediation on their case, where he also co-chairs the steering committee by judicial appointment.  Mr. Rodman also helped establish the Ramsey County Volunteer Mediation program as part of his role on the Early Case Management steering committee, which continues to provide free mediation services on qualified family law cases in Ramsey County.  Mr. Rodman also serves on the High Conflict Families Initiative Committee, by judicial appointment, which is tasked with developing new solutions and approaches to the intractability of high conflict family law cases.

2012 United States District Court for the District of Minnesota
‍

Co-Lecturer, Ten Things Every Family Law Attorney Should Know About Mortgages in Today’s Lending Environment, May 15, 2009

Co-Lecturer, Ten Things Every Family Law Attorney Should Know About Mortgages in Today’s Lending Environment at the Highlights, August 6, 2009

Co-Lecturer, What You Must Know About Child Custody, Parenting Time and Support, February 22, 2010 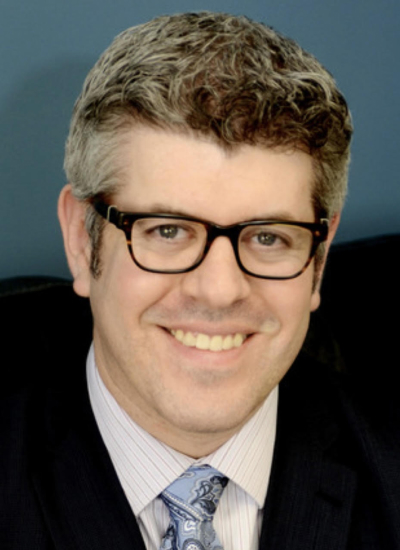